South yorkshire police have 28 and counting unsolved murders already this number is only going to rise..16 of them are from 2001 to now we as a county need a cold case review team to catch the 28+ murderers we have still walking the streets, in our communities and nobody is going to do a damm thing about it! 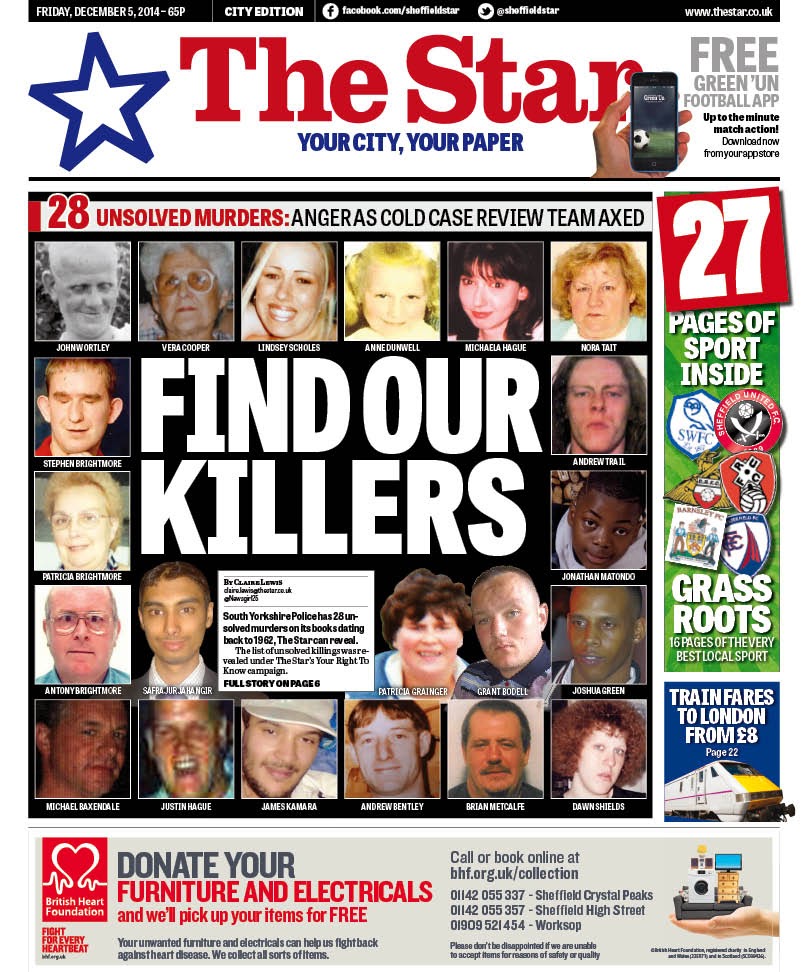 South Yorkshire Police has 28 unsolved murders on its books dating back to 1962, The Star can reveal.
The list of unsolved killings was revealed under The Star’s Your Right To Know campaign.
It comes the day after the force announced the closure of its ‘cold case review’ team, set up to crack unsolved serious offences, including murders and rapes, because of funding cuts.
Margaret Shields, aged 73, of Pitsmoor, whose 19-year-old daughter Dawn was murdered while working as a prostitute in Sheffield in 1994, said: “I have lost a daughter and it feels like they are closing the book. Will they ever find who killed her?
“I have to live with the image of my naked daughter with twigs in her hair after identifying her body. All I want is justice for her. Will we ever get it now that this unit has closed?”
Police stress each unsolved case has been assigned to an officer and reviews will be regularly carried out.
Post by Who Killed My Mum? Patricia Grainger Unsolved Sheffield Murder.
Post by Who Killed My Mum? Patricia Grainger Unsolved Sheffield Murder.
Share
Previous Cash-strapped South Yorkshire Police axes ‘cold case’ team investigating historic offences
Next Happy Birthday Mum